Published by the Canadian Film Institute, 2008. All rights reserved. 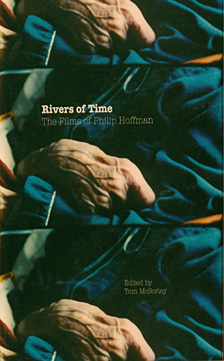 The lake is calm, like a great sheet of ice.

In the middle, between the beach and the far shore,
has surfaced a large finely textured brick,
its sharp edges shaped by the rising sun.

Beneath the scene, a voice:

I like wrecked bricks, the points pierce my eyes, sending me hurling in space.

I revisited this curious post-adolescent site in 1989 after the completion of an initial cycle of excavations. Formal experiments on super-8 using the single-frame-zoom, which splayed the surround of the filmed subjects, squeezing out their ghosts. After seven years of collect, reflect, revise this form found its place in the film `Chimera’, and the power of its pull lead me into dark gardens of loss. In Mark Doty’s words:

What these ashes wanted, I felt sure,
Was not containment but participation.
Not an enclosure of memory,
But the world.’

These films are a circle of stones. Embedded in each is the world, reaching deeply into the past, rolling on..

I know you are, so what am I?: 25 passing through/torn formations
CHRIS ROBINSON