Lessons in Process is an experimental documentary about a filmmaking workshop given by Canadian filmmaker/teacher Phil Hoffman, at the famed Internacional de Cine y Television, at San Antonio de Los Banos in Cuba. The film is a meditation on generations and legacies that touches on matters of responsibility and participation in the creation and circulation of images. Lessons in Process is at once a celebration of tradition, a self-examination, and an elegy.

The school, as backdrop for the film, was founded in 1986 by Argentinean poet and film maker Fernando Birri, Colombian writer Gabriel Garcia Marquez and Cuban filmmakers Julio Garcia Espinosa, and Thomas Gutirres Alea, and was established to give students in Latin America and the Caribbean, Africa and Asia, an opportunity to participate in the democracy of the image.

Hoffman collaborates with the students to produce exercises in cinematic process that employ haiku poetry, continuous takes and found footage as a connection to their temporal everyday. Like all of Hoffman’s films, serendipity guides the filmmaking process and establishes three weaving threads: the aging Birri and his return to the school, the Haiti earthquake and Hoffman’s father’s last days.

Phil Hoffman’s documentary Lessons in Process is a meditation on generations and legacies that touches on matters of responsibility and participation in the creation and circulation of images. It is at once a celebration of tradition, a self-examination by thoughtful artist about his artistic influence over others, and an elegy. The impetus for the film is Hoffman’s invitation to conduct a workshop on process filmmaking—filmmaking that takes its cue from the unfolding of life before the lens, rather than a written script—at the celebrated Escuela Internacional de Cine y Television in Cuba. As the workshop unfolds and the students experiment with a form of creation that requires them to open themselves to their surroundings, to the passing of moments around them, Hoffman cuts some of their footage into his documentary, demonstrating the principles of interdependence that are among the lessons learned by the participants.

Themes of fathering, influence, and responsibility emerge from the film in gentle, layered sequences that suggest relationships between the still vital Fernando Birri, one of the founders of the Escuela, celebrating his 85th birthday, and Hoffman’s own father, weak and failing. Cuts to statues of the Escuela’s founders, decayed, broken, but still upright in school gardens, bring to mind the persistence of what is past, and our obligations to it. What do we owe to those who have made us possible? To those who have made our creativity possible? What will happen to us when these figures are gone? Who are we then? For Hoffman, obligations and responsibility radiate from the image-making process. To whom, for example, does a visiting reporter, recorded on t.v. covering the Haiti earthquake, owe his allegiance? To the people around him, through whom he moves in a restless, determined stride, pausing only to point out the inadequacies he sees? Or to the audience who will regard his report as a confirmation of their distant superiority to exotic disasters?

Hoffman’s allegiance is to images, but he is aware of and concerned about his own responsibilities. To his father, yes, whom he films off-centre, slightly out of frame, in something that looks like protective respectand also resistance to excessive sentimentality, but also to the students at the school. What is he to them, and what should he or must he be attentive to as he becomes a teacher, potentially a generative figure for their creativity. What is the right way to teach? What is the right thing to teach? And where do images come from anyway? Lessons in Process explores the legacies we inherit and contribute to as people and as artists. — Brenda Austin-Smith

“Profs documentary about teaching film in Cuba premieres in Havana….. Hoffman based his film on his experiences teaching at Cuba’s famed Escuela Internacional de Cine y Televisión de San Antonio de los Baños (EICTV) over the past three years. Since the school was founded in 1986, thousands of students and professionals from more than 50 countries have worked there, earning it the nickname The School of all Worlds.” 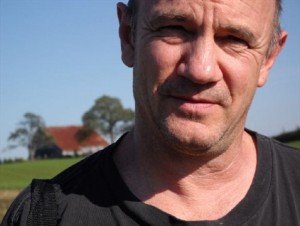