“Philip Hoffman is one of the few contemporary filmmakers whose work provides a bridge to the classical themes of death, diaspora, memory, and finally, transcendence.”

“Philip Hoffman has long been recognized as Canada’s pre-eminent diary filmmaker. For over thirty-five years he has been straining history through personal fictions, using the material of his life to deconstruct the Griersonian legacy of documentary practice.”

— Karyn Sandlos, Professor of Art Education, School of the Art Institute of Chicago

Born in Kitchener-Waterloo, Ontario, Philip Hoffman’s filmmaking began with his boyhood interest in photography. As semi-official historian of family life, Hoffman became intrigued by questions of reality in photography and later in cinema. After completing his formal education which includes a Diploma in Media Arts at Sheridan College and a Bachelor of Arts in Literature at Wilfrid Laurier University, Hoffman began working on his films, as well as teaching film, electronic and computer-based media in the Media Arts Program at Sheridan College. Currently Hoffman teaches in the Cinema and Media Arts Department at York University.

A film artist of memory and association, Philip Hoffman has long been recognized as Canada’s pre-eminent diary filmmaker. He apprenticed in Europe with Peter Greenaway in 1985, where he made ?O,Zoo! (The Making of a Fiction Film) (1985), which was nominated for a Canadian Genie Award. On passing through/torn formations (1988), Stan Brakhage recognized how “Hoffman’s editing throughout is true to thought process, tracks visual theme as the mind tracks shape, makes melody of noise and words as the mind recalls sound.” Hoffman has been honored with more than 25 retrospectives of his work. Among them was the centrepiece series at the 2001 Images Festival for Independent Film and Video in Toronto, coupled with the launch of a book titled Landscape with Shipwreck: First Person Cinema and the Films of Philip Hoffman, comprising some 25 essays by academics and artists. As well in 2002 he received the Golden Gate Award from the San Francisco International Film Festival and Gus Van Sant Award from the Ann Arbor Film Festival for What These Ashes Wanted, a diaristic meditation on loss and grief. In 2009 he premiered his feature-length experimental documentary, All Fall Down, at the Berlin International Film Festival. The film is a reflection on childhood, property, ecology and love. Hoffman completed three works in 2014: Slaughterhouse (based on his installation for LandSlide, at the Markham Museum) and Aged, which have won awards at the Black Maria Festival in New Jersey, and Onion City Film Festival in Chicago, respectively. Also in 2014, Hoffman was a participating artist in the exhibition Border Cultures, at the Art Gallery of Windsor, where he presented the interactive work Racing Home (from an unfinished film by Marian McMahon), produced through A.R.C. at Concordia University in Montreal. In 2016 Docpoint Documentary Film Festival in Helsinki mounted an “Introspective”, gathering together five programs of Hoffman’s works, along with works of students and artists he was involved with during the 1990’s in Finland. In 2016 Hoffman received the Governor General’s Award in Visual and Media Arts and in 2019 his film `vulture’ received the Kodak Cinematic Vision Award at Ann Arbor Film Festival. Since 1994 he has been the Artistic Director of the Independent Imaging Retreat (Film Farm). Since 1994, he has been the artistic director of the Independent Imaging Retreat (Film Farm), a 1 week workshop in artisanal filmmaking in Mount Forest, Ontario. In 2019 the workshop celebrated its 25th Anniversary with screenings and a gallery installation at TIFF Bell Lightbox. 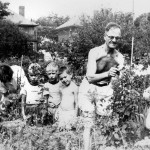 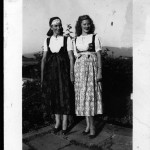 The films of Philip Hoffman have revived the travelogue, long the preserve of tourism officials anxious to convert geography into currency. Hoffman’s passages are too deeply felt, too troubled in their remembrance, and too radical in their rethinking of the Canadian documentary tradition to quicken the pulse of an audience given to starlight. He has moved from his first college-produced short, On The Pond—set between the filmmakers familial home and his new found residency at college—to a trek across Canada (The Road Ended at the Beach); from Holland, where he was invited to the set of Peter Greenaway’s A Zed and Two Noughts and made ?O,Zoo! (The Making of a Fiction Film) to Mexico for his haiku-inspired short Somewhere Between Jalostotitlan and Encarnacion; from passing through/torn formations pan-continental dialogue of madness and memory to Kitchener-Berlin’s oceanic traversal; and finally, to river, a landscape meditation that leads inevitably home. Denoting the family as source and stage of inspiration, Hoffman’s gracious archeology is haunted by death, the absent centre in much of his practice, a meditation on mortality and its representation. His restless navigations are invariably followed by months of tortuous editing as history is strained through its own image, recalling Derrida’s dictum that everything begins with reproduction. Hoffman’s delicately enacted shapings of his own past is at once poetry, pastiche, and proclamation, a resounding affirmation of all that is well with independent film today.”  (Mike Hoolboom, Inside the Pleasure Dome: Fringe Film in Canada, 2001)

“Philip Hoffman received a diploma in media arts from Sheridan College in 1979 and a B.A. in English literature from Wilfrid Laurier University in 1987. While a student at Sheridan, he was part of that burgeoning group of filmmakers, including Richard Kerr and Mike Hoolboom, who came to be known as the Escarpment School. He returned to Sheridan College as a full-time instructor in 1986, and later, joined the film and video department at York University in 1999. Every summer since 1994, Hoffman has run his own craft-centered film workshop at Mount Forest, Ontario.

If, according to Mike Hoolboom, “the Escarpment School typically conjoins memory and landscape in a home-movie, documentary-based production that is at once personal, poetic and reflexive,” Hoffman inflects these priorities in a distinctly personal way. If the works of Rick Hancox repeatedly return to the sites of his youth, Hoffman’s entail an archaeological journey toward unknown places and unfamiliar times.

Almost without exception, Hoffman’s work involves exorcism and espousal, from the shuffling off of inadequate ideas concerning his sense of self in the early films (On the Pond, 1978; The Road Ended at the Beach, 1983) to a Buddhist-like reconciliation with the inevitability of loss and death that characterizes his later works: Somewhere Between Jalostotitlan & Encarnacion (1984); ?O, Zoo! (The Making of a Fiction Film) (1986); Kitchener-Berlin (1990) and What these ashes wanted (2001). Hoffman contests the claim to the truth characteristic of conventional documentaries; ?O, Zoo! handles these themes with great playfulness, whereas both passing through/torn formations (1998) and What these ashes wanted confront them directly, without irony. passing through/torn formations took Hoffman to Europe in a search of the origins of his mother’s family. If a sense of doubling occurred in ?O, Zoo! and in the very title of Kitchener-Berlin.

And if death and dying is a presence in many of these works, it arrives unexpectedly at the end of Destroying Angel (1998), a film co-directed by Hoffman’s friend Wayne Salazar that celebrates Salazar’s homosexual marriage in spite of his ongoing struggle with AIDS. Suddenly there is a phone call. A candle flickers out. Hoffman must hurry home because of the imminent death of Marian McMahon, his companion of many years who is ill with cancer. The full exploration of this relationship and its sudden loss become the poignant affirmation of What these ashes wanted. Hoffman has stated that his desire was “to illuminate the conditions of her death… the mystery of her life and the reason why, at the instant of her passage, I felt peace with her leaving… a feeling I no longer hold.” The catalogue for the Toronto Images Festival described the film as “What these ashes wanted is not a story of surviving death, but rather of living death through a heightening of the quotidian moments of everyday experience.”The complete works of Philip Hoffman incontestably establish him as an independent filmmaker of intricate artistic achievement and philosophical depth.   (Canadian Film Encyclopedia, Peter Harcourt)

“Philip Hoffman has long been recognized as Canada’s pre-eminent diary filmmaker. For over twenty years he has been straining history through personal fictions, using the material of his life to deconstruct the Griersonian legacy of documentary practice. As an artist working directly upon the material of film, Hoffman is keenly attuned to the shape of seeing, foregrounding the image and its creation as well as the manufacture of point of view. Hoffman’s films are deeply troubled in their remembrances; he dusts off the family archive to examine how estrangement fuels a fascination with the familiar surroundings of home. 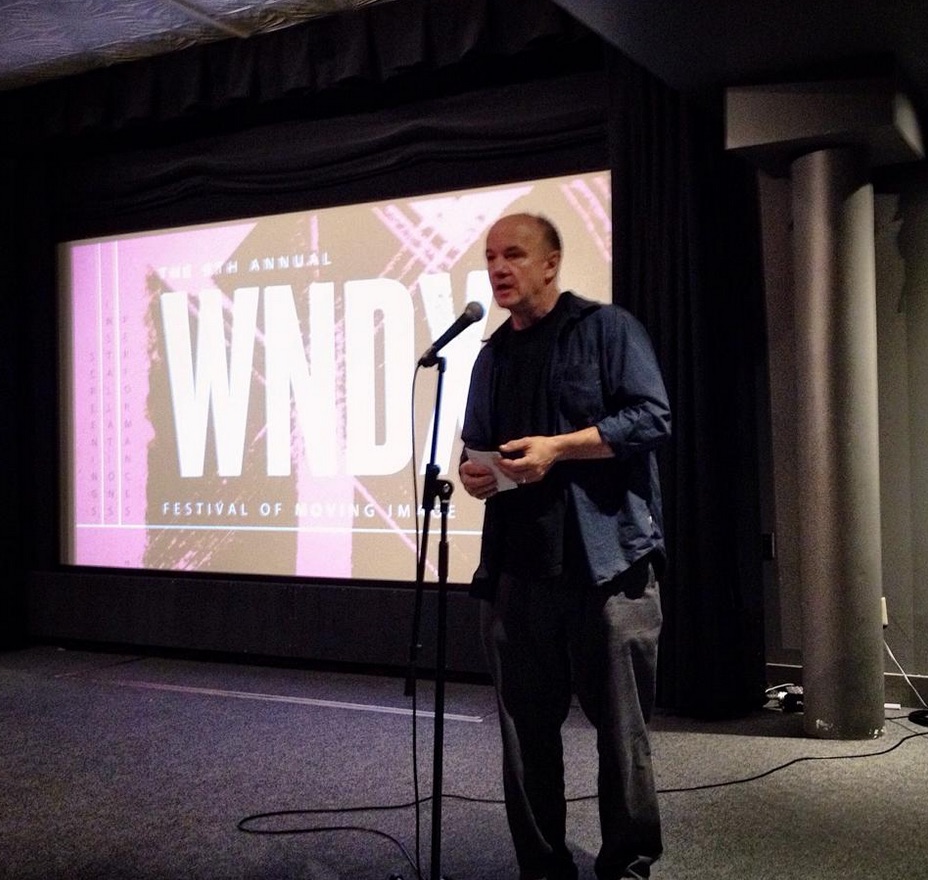 Mortality forms the absent centre of Philip Hoffman’s oeuvre, a body of films that seems to foreshadow a penultimate loss that will take the maker to the outer and inner reaches of grief. Through the repeating figure of death—whether a boy lying on a Mexican roadside in Somewhere Between…, the death of an elephant at the Rotterdam Zoo, in ?O,Zoo!, or his uncle’s legacy  in passing through/torn formations–Hoffman approaches the limits of representation and the ethical burdens of vision and reproduction.” (Karyn Sandlos, Toronto Images Festival, 2001)

“Canada’s leading diary film-maker, Hoffman has been playing the personal off against the public in his materialist documentary reinventions for over twenty years. Family business and the oppositional impulse of mortality (the deep driver of all image work of course) are primary motors in an oeuvre, formally innovative but grounded in the real, that is little known in the UK, yet widely acclaimed by the likes of Brakhage and Michael Hoolboom.”  (Gareth Evans, Time Out, London UK 2002)