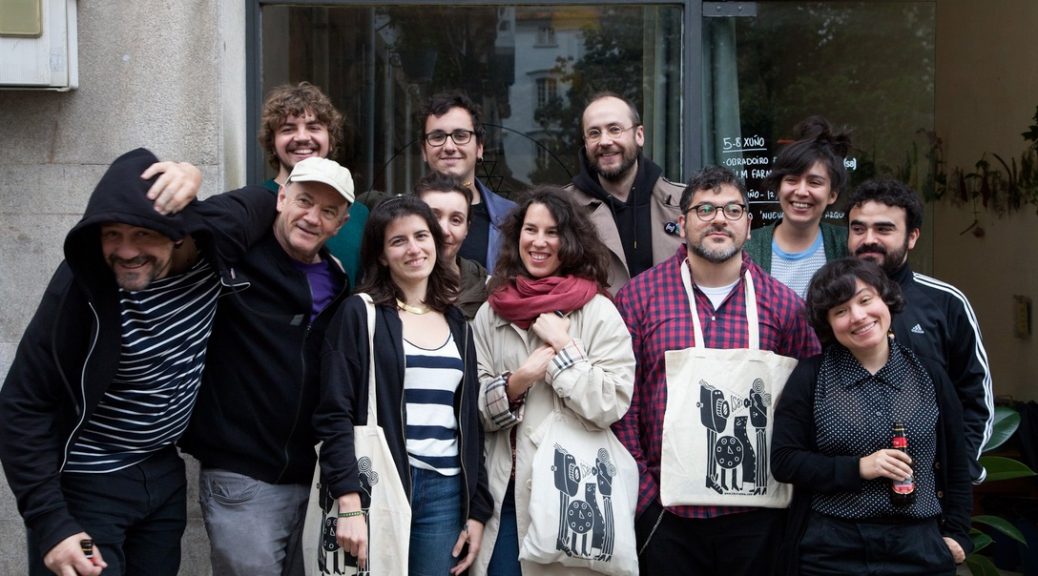 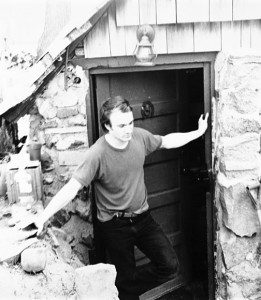 PH: You have to say with with a question mark.

CB: OK, that was a film written on top of a film called A Zed and Two Noughts by Peter Greenaway. Anyway could you just describe the new film passing through for us?

PH: OK, I can talk a bit about it. It revolves around my mom’s history; she’s from Czechoslovakia and her family came over before the war, the second world war. And it’s sort of a collision between the old world and the new world, also it’s a collision of form and texture. Also a different genre of experimental film, if there is that, I think is also included in the making of that.

CB: You say a collision between texture and form and also different genres of experimental film. What exactly do you mean by that? What genres does it use and what’s the experience of watching the film?

PH: Well I’m not sure about the experience but I try to make it so that it’s, you know, not on experience but anyway I guess what I mean is that my background is experimental film and the films of the 60s and 70s or the films that I studied and grew through film with.

PH: Brakhage and Snow and Wieland and you know, a lot of those experimental filmmakers. And I think, in a sense, my film covers a lot of styles. Yet I believe it has its own style, its own way of speaking.

CB: From your other work that I’ve seen, you tend to work very much with your own history; your family history, your personal history, and with your memory of say growing up or what your childhood was like and that sort of thing. How is that treated in this film and how is it different from what you’ve done before?

PH: Well I think it would be good to compare it with my first film On the Pond, which was also about family in which I was trying to somehow represent my part. It was the first film I made, about eleven or twelve years ago, in 16mm. I don’t think this film tries to represent a past. But instead, in passing through, I work through film to, I would say, I don’t try to represent a past but whatever I come upon, as I put myself in the midst of this filmmaking, looking into my mom’s past, I sort of discover as I go along and I guess put everything into a big pot and what comes out is the film. So I’m not consciously trying to remake my mother’s history but, you know, the film is very much about what’s happened to me right now and how I experience my mother’s history and the things that are happening both in the old country and Canada.

PH: Well that’s not too unusual because I’ve always had a dark room in the basement and I’ve always, you know as I was young, they were used to a camera being around. It’s not that unusual. But I also don’t think the film comes off as someone’s personal life. I think it could be anyone’s. And I try to create the characters in a way that, even though I’m using people around me, through film I recreate different types of characters, using their voices and images to match. I try to get away from this thing of having to grab onto a character. There’s no way you can in my film, passing through. And in this way it sort of takes it out of the realm of simply personal. Hopefully then, more people can get involved in the film.

CB: I noticed as well that, you talk about emerging techniques, I noticed that you have a certain resistance to the conventions of any particular form; in ?O,Zoo! I remember there’s a sequence where you tell a story and then you say-you show an image of the site of the story after the actual story has happened. You say, “This is what it looked like after everybody had left.” And that sort of resistance to showing a narrative or just sort of getting caught up, as you mentioned before, in character. And I was just wondering what’s your relationship to filmic conventions, conventions of documentary or narrative or whatever? How do you work within and outside of them?

PH: Well I think, especially with the example you gave, it allows a viewer to participate more in the making of the film and whether I use a black screen and have a narrator talk about a scene and you know maybe I might not give you that scene in the image but really I am because you can imagine it how you wish. I think the new film, passing through, is just a labyrinth of those kind of exercises, which I started with in maybe ?O,Zoo!… So how I feel about the conventions is, even in experimental film there are conventions and they must be continually broken. And so I think I’m interested in that always; to try to at least display a convention and then turn it upside down a little bit.

CB: Another thing I wanted to get your opinion on, the whole idea of ethics in filmmaking. It’s an old question, “What can you film and what can’t you?” We were talking earlier about your grandmother who is in the film and who is now in a nursing home. And your, sort of, initial reluctance to film her and also the state that she’s in now-she doesn’t necessarily know that you’re filming her. So it’s not a case of getting permission. What can you film and what can’t you?

CB: OK, I’d like to ask one final question and that’s about the process of collaboration. In his film you have used a Christopher Dewdney poem and an excerpt from a work by Marion McMahon at the end. I know our relationship with Marion and I want to ask how do you work with each other? How do you bounce off each other?

PH: Well Marion gives me a bigger picture of things. To me that’s important. I hope that I can give her something as well. But I like to show people films and use it sort of as a mirror, to look back inside and Marion’s very generous so I’m indebted to her but I think she’s a big part of the film. She’s really important.